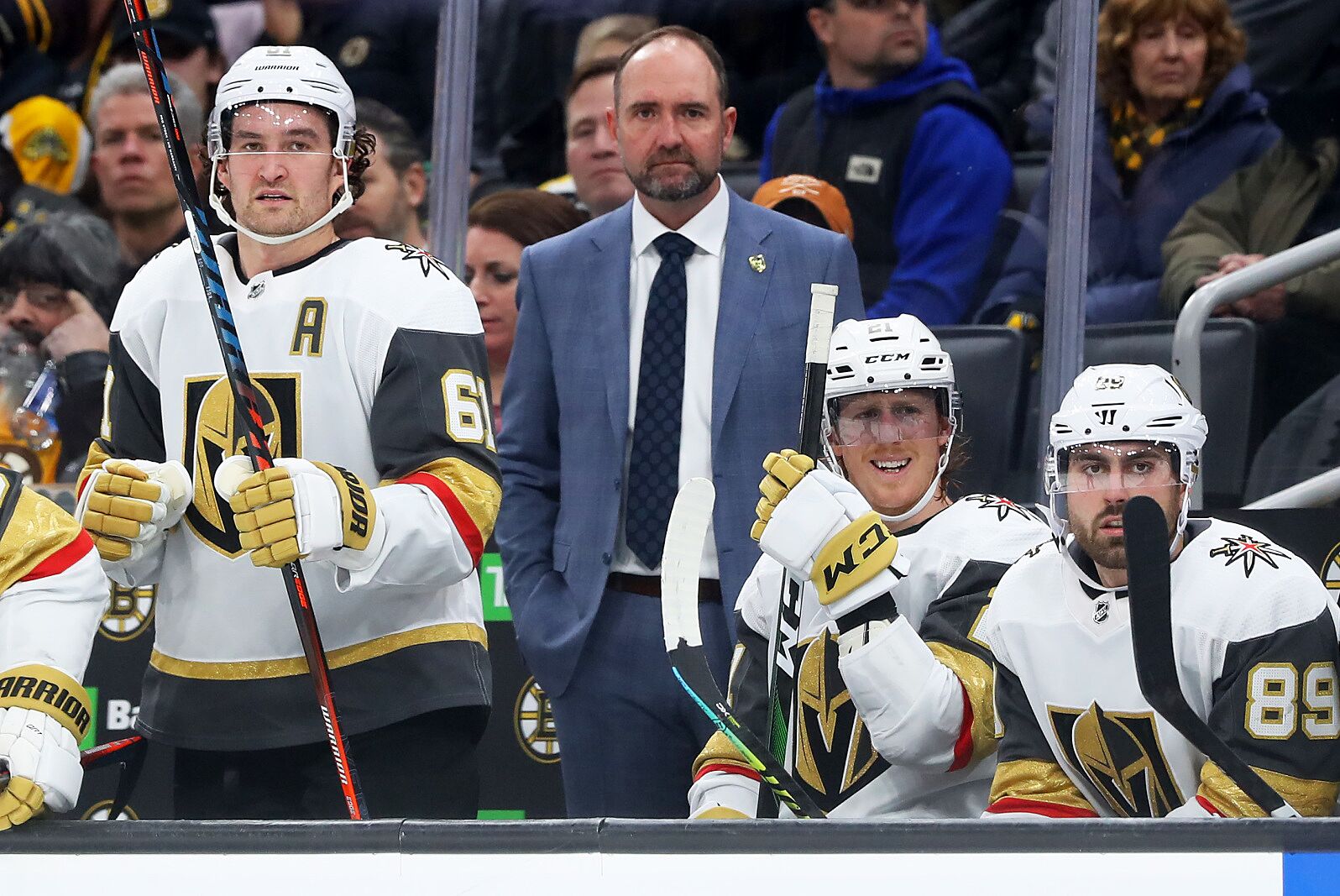 Peter DeBoer has now had ten games behind the bench for the Vegas Golden Knights, so now is as good a time as any to see where the land lies.

It is part of our jobs as journalists to dissect certain milestones and ten games in charge of the Vegas Golden Knights is certainly enough of a sample size to be able to start looking at the impact DeBoer has made on his team.

It began with a 4-2 win over the Ottawa Senators on Jan. 16, and ended with a wild win over the St. Louis Blues last night, with plenty of highs and lows sandwiched in-between.

We have started to see more of DeBoer’s fingerprints on this team since the All-Star Break, although it is abundantly clear that there is a hell of a lot of work to be done down the stretch period if the Golden Knights are to embark on a deep postseason run.

It has been a mixed bag to say the least and DeBoer has certainly inherited a roster that is riddled with a few glaring flaws.

He has a record of 5-3-2 through his first 10 games and there have been both positives and negatives to take from that sample size.

Of course, you can’t judge everything after just 10 games especially when you consider that DeBoer has taken his time to implement his systems and his non-negotiables.

However, in saying that, we’ve seen enough to be able to learn how DeBoer wants the Knights to play and the identity he wants them to adopt.

So, on that note, let’s run through the biggest takeaways we’ve had from Peter DeBoer’s first 10 games as Head Coach of the Vegas Golden Knights …

Next: 1. DeBoer needs help
Next1 of 4Prev post
Use your ← → (arrows) to browse
Load Comments
Event Tickets
Powered by StubHub
Top Stories