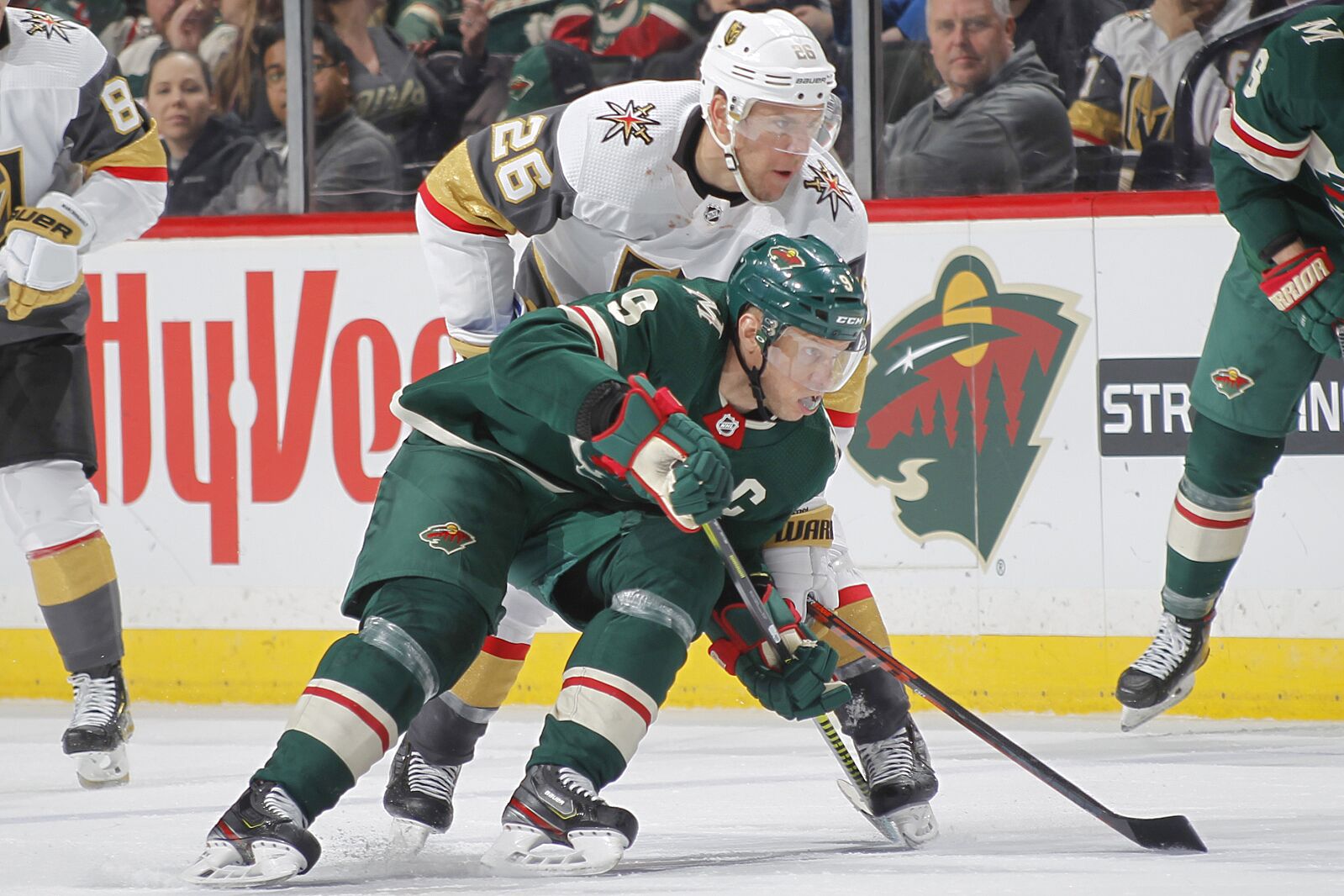 SAINT PAUL, MN – FEBRUARY 11: Paul Stastny #26 of the Vegas Golden Knights defends Mikko Koivu #9 of the Minnesota Wild during the game at the Xcel Energy Center on February 11, 2019 in Saint Paul, Minnesota. (Photo by Bruce Kluckhohn/NHLI via Getty Images)

There was very little solace to take from the Vegas Golden Knights’ blowout loss to the Minnesota Wild on Tuesday.

On the road for just one game before starting a five-game homestand, the Vegas Golden Knights were outclassed and outfought by a hungrier Wild team.

Marc-Andre Fleury was left to hang out to dry on far too many occasions, while special teams also killed the Knights in more ways than one.

It was an uphill battle from the first drop of the puck for the Golden Knights who fell behind early in the first period when Joel Eriksson EK picked up his own rebound before firing a shot past the stranded Fleury on the power play.

And the Wild converted on the man advantage again in the first period thanks to Jared Spurgeon, who got to the slot to hammer home a real greasy goal.

The woes only continued for Vegas in the second period as Kevin Fiala continued his huge night with a dirty goal after crashing hard to the net.

And Fiala recorded his third point of the game with a secondary helper on Zach Parise‘s goal, which was also the third power play goal of the game for the Minnesota Wild.

Fleury was pulled for Malcolm Subban in the wake of that goal and it was just a miserable night at the office for the Golden Knights.

This was another tough loss for Vegas and we had some takeaways from the contest, so let’s delve right in…

Next: 1. No rust, no problem
Next1 of 4Prev post
Use your ← → (arrows) to browse
Load Comments
Event Tickets
Powered by StubHub
Top Stories