BUFFALO, NY - JANUARY 11: Young fans watch Jack Eichel #9 of the Buffalo Sabres before an NHL game against the Vancouver Canucks on January 11, 2020 at KeyBank Center in Buffalo, New York. (Photo by Bill Wippert/NHLI via Getty Images)

Life on the road starts today for the Vegas Golden Knights who start an eight-game road trip against the Buffalo Sabres at KeyBank Center.

After concluding a long homestand, the Vegas Golden Knights are now on the road for over a month and it all starts in Buffalo.

The Sabres are 6-4-0 in their last 10 outings and they are trying to stay alive in the race for a Wild Card spot.

It won’t be an easy game for the Golden Knights who are riding a three-game losing streak, and we have some Keys to the Game that will hopefully help Vegas pick up a big win…

The Vegas Golden Knights are riding a three-game losing streak and a lot of their problems stem from how they have started games.

That isn’t going to get the job done and you can’t expect to spot your opponents a lead in the first period and be successful.

And the Golden Knights cannot afford to allow the Buffalo Sabres to strike first this afternoon because that barn can be a loud one and the Buffalo fans are wild.

So, as a result, the Knights will need to come out and be ready to play from the first drop of the puck today in order to avoid playing from behind the eight ball yet again. 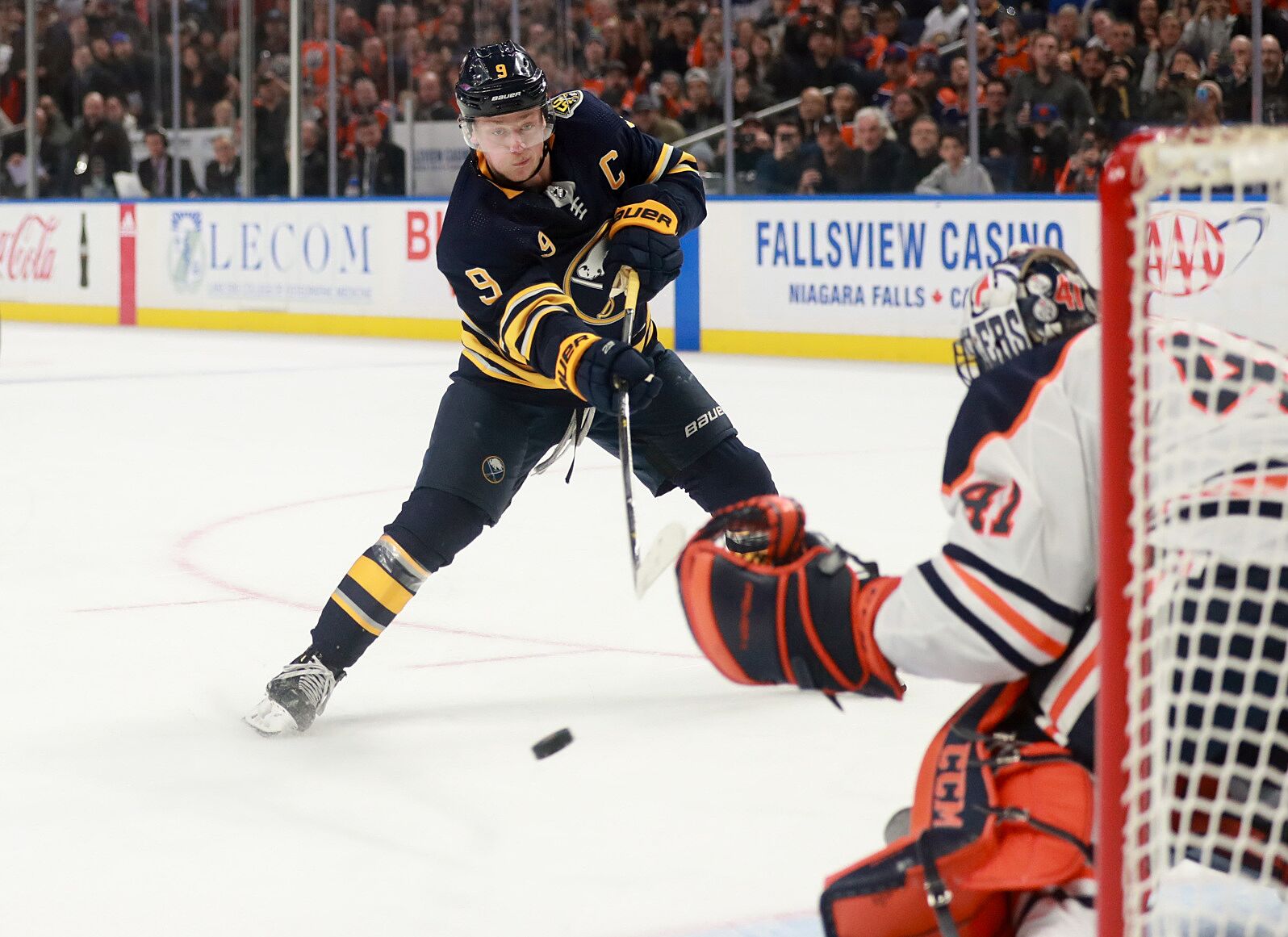 BUFFALO, NY – JANUARY 02: Buffalo Sabres center Jack Eichel (9) skates on goal after he was awarded a penalty shot in overtime during a game between the Edmonton Oilers and the Buffalo Sabres on January 2, 2020, at the KeyBank Center in Buffalo, NY (Photo by Jerome Davis/Icon Sportswire via Getty Images)

Jack Eichel has always been a special talent but he’s had the misfortune of playing in the rather large and intimidating shadow of Connor McDavid since the two talents went one-two in the 2015 NHL Entry Draft.

However, Eichel has grown into his role as the face of the Buffalo Sabres and he’s enjoying a Hart Trophy caliber season this year.

Through 45 games, Eichel has recorded 27 goals and 32 assists for 59 points with a plus/minus rating of +9.

He is the heartbeat of this Sabres team and everything they do runs through their Captain Fantastic, who is also dangerous on the power play with 18 points, while he is currently riding a seven-game point streak.

Eichel can do everything and he can also bring it physically, so the Golden Knights will need to try and put the shackles on the forward if possible.

If they can shut down Jack Eichel then they will shut down the Buffalo Sabres. 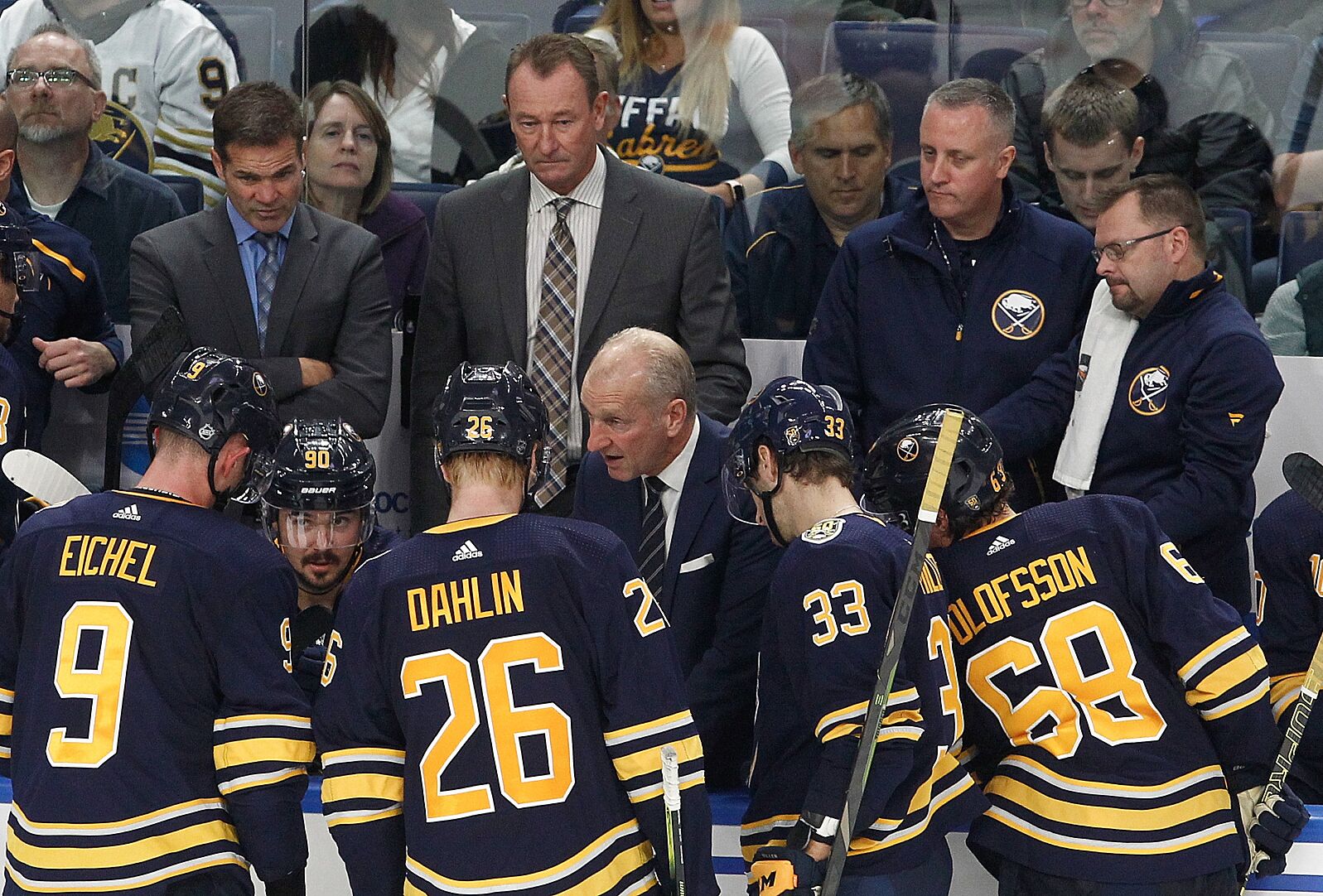 3. Execute on the PK

Although the Buffalo Sabres are missing one of their most potent weapons on the power play in Victor Olofsson, who has registered 14 PP points this year, they are still dangerous on the man advantage.

With Jack Eichel running the first unit and stud defenseman Rasmus Dahlin quarterbacking the power play, the Sabres have the weapons to really hurt teams on the man advantage.

And the proof is in the pudding given that the Sabres have gone 4-for-11 on the power play (36.4%) in their last four games, tying for the second-best record in the league during that stretch entering play on Monday.

As for the Golden Knights, they are ranked 19th on the penalty kill (79.7) and they are going to have to be perfect on the PK tonight in order to slow down Buffalo’s power play because, if they don’t, it could be a long night.